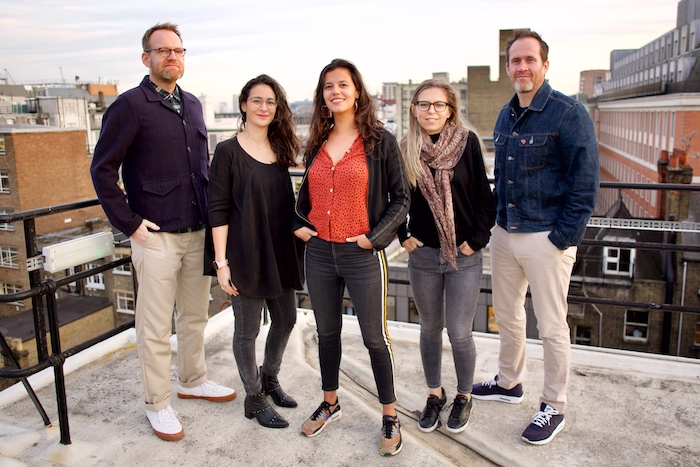 XYZ has announced the appointment of Lizon Tijus as their first experience design lead.  With years of experience in the events industry, working on brands such as The Guardian, Deloitte, London Design Festival and Lloyds Banking Group, Lizon, who started at XYZ as a freelancer, was in such demand from the agency’s impressive client list, that as a move to solidify the next phase of growth for the agency this pivotal role was created to which Lizon was first in line.

Lizon will work closely with co-founder and creative director, Paul Stanway to enhance the creative strategy for the agency working alongside clients such as Nike, Converse and Major League Baseball.  Based from their Central London HQ, Lizon will help to drive XYZ’s innovation and experiential activations for the agency.  Working as a link between the creative and new business teams, the Experience Design Lead will be integral to the agency’s response to pitch opportunities and delivering best in class experiential concepts.

In 2018 XYZ celebrated a fantastic year that saw them recognised by the industry for ground-breaking work.  Awards included 2018’s most ambitious experiential project, Creative Event of Year and the coveted Grand Prix and Experiential Activation accolades at the IPM Awards. HIIT On The Pitch with Chelsea Football Club was named Sports Event of the Year. And the Drum named XYZ, Experiential Agency of the Year at The Drum Agency Business Awards.

2019 has already been their busiest year to date, with 94 activations produced in nine months – working with the biggest names in sport and lifestyle to reach new audiences, with new clients including New Era, Tanqueray and Major League Baseball following a competitive pitch process for the latter two that were led by Lizon when she freelanced for the agency.

Expanding the agency is a focus for XYZ as it moves from a challenger brand in the market to a disruptor that’s here to stay.  The goals for the agency for the future remain ambitious, yet realistic based on their previous work.  Their strong foothold remains in sport and lifestyle space, but they continue to strategically plan expansion across retail, automotive and travel and for this bolstering their client services team has fast become a priority.  Excitingly they remain on track towards a goal of reaching £10m turnover by 2020.

XYZ’s co-founder and MD, Will Mould, said, “Lizon is a leading creative mind and one to watch.  Her creative insights, willingness to embrace new innovative ideas, all while truly understanding the demands of the clients makes her a powerful new addition to our creative team”.

Lizon said “I’m thrilled to be joining such a dynamic business at such an exciting time in their growth.  XYZ’s creative ambition, passion for pushing the boundaries and the ability to get under the skin of their clients is inspiring.  I can’t wait to drive their strategic offering forward and see the agency grow from strength to strength.”